Taking a line for a walk…

‘Art does not reproduce what we see; rather, it makes us see.’

‘There is no way to make a drawing – there is only drawing. Anything you can project as expressive in terms of drawing – ideas, metaphors, emotions, language structures – results from the act of doing. Drawing is a verb.’ 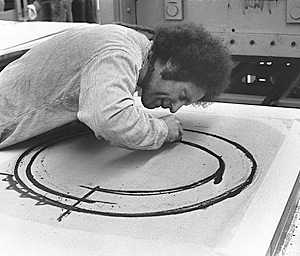 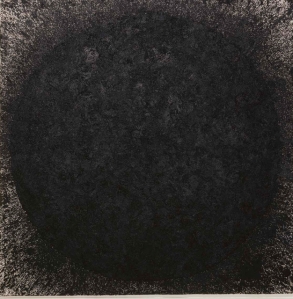 On Saturday 28 July I had the pleasure of conducting a drawing workshop at Bendigo Art Gallery.

One of the workshop participants was Ann Jones, who has a morning show on ABC Radio.

Ann interviewed me for her morning show and you can see pictures of the workshop, read more about her experience, as well as listen to our conversation about drawing, via the ABC blog site by clicking here. 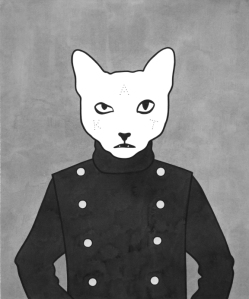 I’ll leave you to enjoy a slice of the cross hatching King, Robert Crumb…

‘The fame of heroes owes little to the extent of their conquests and all to the success of the tributes paid to them.’ 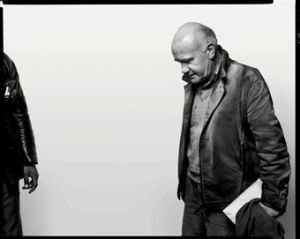 I have a bit of a soft spot for sailors. 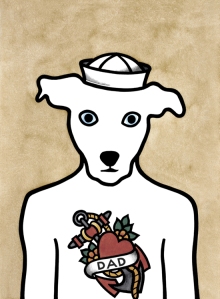 Several of my pictures salute the sailor man including Greasy Rhys, as well as his mates Rusty Steel and Topsy Turner. 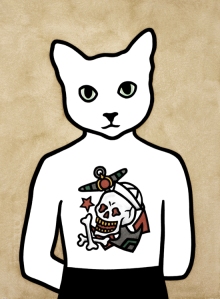 Part of the inspiration for these works is the flash of master tattoo artist, Norman ‘Sailor Jerry’ Collins. 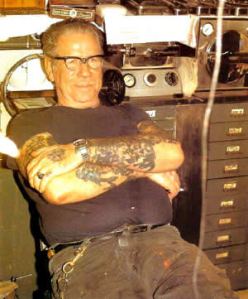 I am certainly not alone in my admiration of the sailor – other fans include: 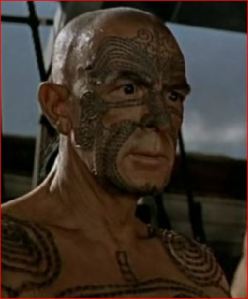 Querelle of Brest by Jean Genet 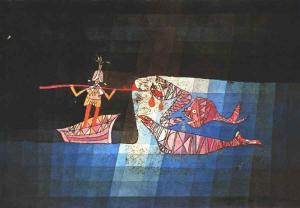 One of the things that particularly tickles my fancy about Navy culture is sailors nicknames.

Crew mates are given monikers such as ‘Chalky’ White, ‘Nosey’ Parker and ‘Smokey’ Cole. 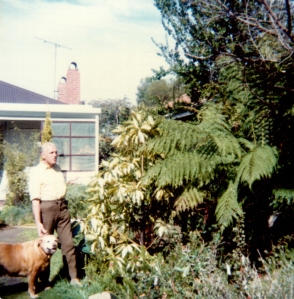 The following print is a tribute to my great uncle, John ‘Dusty’ Rhodes (and it’s a tip of the hat to Bindie as well!).

You may have noticed the 8 balls on Dusty’s hands – these are a reference to the character Bean, in the movie Cadence. 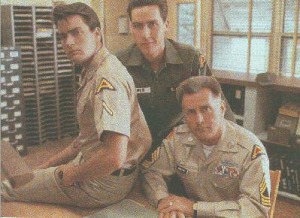 It’s time for me to sail away so i’ll leave you in the capable hands of Turbonegro, performing their song Sailor Man…

And here’s a bonus sailor: